Zhukov's War - Issue #50 September Storm: The Invasion of Poland (Boxed)
Back to: WW2

This Death Ride game comes with or allows:

This game has a very detailed landing system that has landing craft running ground units from the transports to the beaches. 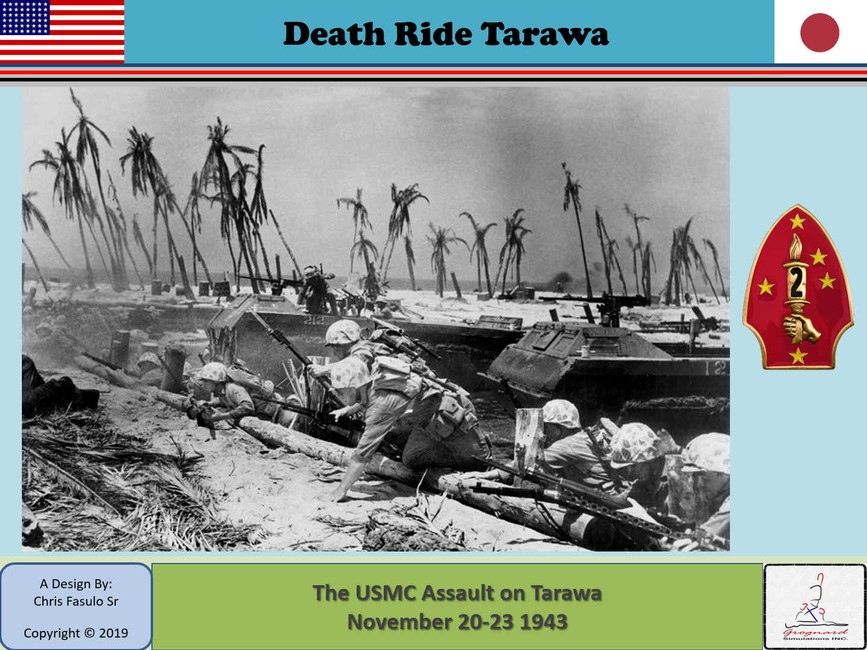 Here is a small portion of the map done by Todd Davis. 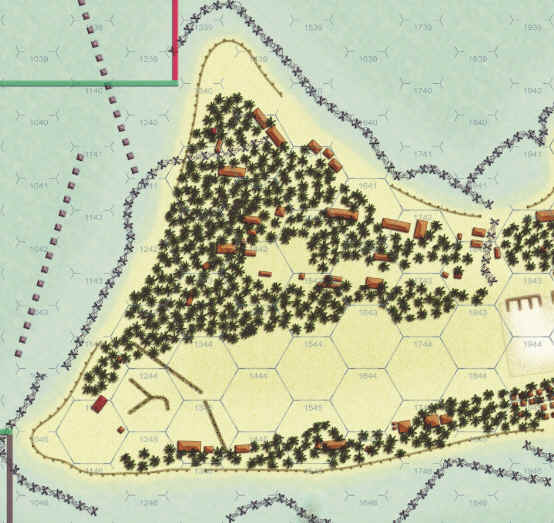 There is incredible detail in this map.  After looking very hard at the reef along the lagoon I think I saw some angel fish.  And in the pier I am certain I saw some nails tacking down the floor boards.

This four day battle is one of the more gruesome fights in the Pacific Theater.  This game showcases a unique landing system.  While the fight to capture the island is not really 'in doubt', the Marines have a difficult time of wresting control of the place from the tough Japanese defenders.  The main battle campaign starts with the Marines aboard their transports.  From there they must move onto the landing craft and make their approaches to the beach.  The fire from the Japanese ashore is heavy and, as the Marines dicovered to their dismay, the reef causes a major disruption in the landing plan.  It also creates plenty of easy targets for the Japanese player to hammer.  Once ashore the Marines are going to be hammering away with everything they have and the dugin enemy positions are hard to eliminate.  Securing the island within 4 days is no picnic and playing it safe will not cut it.  The Marines need to be aggressive and willing to take casualties in order to move forward.

In the Landing system all Marines start on their transports.  When they become available on the Wave Chart they are loaded onto their landing craft.  From there they move to the Landing Craft Beach Chart.  From here the Landing Craft determine which hexrow of the beach lane they will enter the map.  This can cause some serious traffic jams.  Then the landing craft make their run ins' to the beach.  This is pretty exciting in itself, but then the Marines find wire and mine obstacles waiting for them in front of the sandy beach.  These cause major problems in landing.  The net result of all this is some very high nervousness about whether the Marines will get a solid bridgehead ashore.  The most problematic beach is RED 1.  The Marines here almost didn't make it and it is where the 'the Issue is in Doubt' quote comes from.  You will do better I'm sure.

There are some small scenarios, focusing on 1 beach, an intro scenario of the 2/8 Marines attacking on 22 Nov, and a 'what if' scenario should the Marine player decide to try his hand landing on the 'Black' beaches.  These beaches were located on the seaward side of the island and were covered by extensive minefields.  Good luck with that. 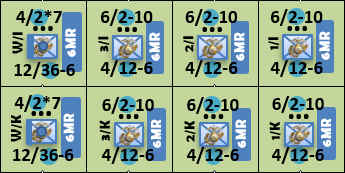