Hubris: Twilight of the Hellenistic World

From the death of Alexander the Great in 323 BCE, his Companions and would-be successors (the “Diadokoi”) fought for more than four decades over his empire. In 281, Seleukos Nikator (“the Victorious”), the last of Alexander’s Companions, was assassinated in Thrace on his triumphal way to Macedon, putting an end to the last hope of reuniting the Macedonian Empire. Subsequently emerged three major kingdoms ruled by dynasties issued from Successors: in Macedon the Antigonids, descended of Antigonos the One-Eyed and his son Demetrios the Besieger; in Egypt the Lagids, descended of Ptolemy the Saviour; and in Syria and Babylonia the Seleucids, descended of Seleukos.

The year is 220 BCE. Three young kings have recently assumed the thrones of these three kingdoms under very different circumstances. In Egypt, Ptolemy IV succeeded smoothly to a powerful and wealthy kingdom which has enjoyed primacy for the last quarter of a century thanks to its large navy and the wise rule of his kings. In Macedon, Philip V received a kingdom still recovering from Alexander’s and the Successors’ wars but rejuvenated by the vigorous rule of his uncle Antigonos III Doson and his alliance with the emerging Achaian League in the Peloponnese. In Syria, the new king Antiochos III, following the assassination of his elder brother Seleukos III, appears trapped in the cycle of usurpations and internal strife that has plagued the Seleucid kingdom for more than twenty years: within the first few months of his accession, he has had to put down a rebellion of the governor of the Upper Satrapies and eliminate his overbearing chief minister Hermeias and is now faced with another rebellion, that of his cousin Achaios in Asia Minor, not to mention having to fight a war against Ptolemy IV over this eternal apple of discord between the two kingdoms, Coele-Syria.
The stage is set for a new showdown for supremacy in the Greek and Macedonian world, but this world is being threatened by internal tensions and emerging external threats. In Greece, the old cities humbled by Philip II and Alexander are finding new strength under federal leagues, centred on the Aitolians and the Achaians, while powerful cities such as Sparta and Rhodes remain unbent. In Asia Minor, the ambition and power of the Attalid dynasty, operating from their impregnable stronghold of Pergamon, have been steadily growing. To the North, the wild barbarian tribes of Illyria, Dardania, and Thrace are a constant threat to Macedon. To the East, an upstart Scythian tribe, the Parnai, has taken advantage of Seleucid trouble to take over the satrapy of Parthyene, cutting the kingdom from the important satrapies of Bactria and Sogdiana. Last but not least, to the West, an obscure latin city has unified Italy under its rule and recently prevailed over this old enemy of the Greeks, the powerful city of Carthage, in the First Punic War. This city of Rome, with its peculiar republican institutions, is now turning its attention across the Adriatic Sea, while Carthage is preparing its revenge… 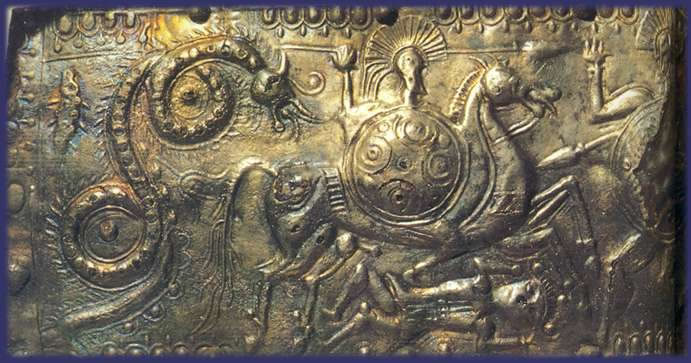 Shockingly, over the next fifty-three years, all three kingdoms will experience spectacular triumphs and crushing defeats, but none of them emerged on top. Instead, it was the Roman Republic which, in the course of a series of brutal wars, destroyed the ancient kingdom of Macedon, humiliated the Seleucid kingdom, and turned the Lagid kingdom into a vassal state.
As wrote the classical historian Polybios, himself the son of a leading Achaian official who spent many years a hostage in Rome, in the introduction to the first book of his Histories: “Can anyone be so indifferent or indolent as not to care to know by what means, and under what kind of polity, almost the whole inhabited world was conquered and brought under the dominion of the single city of Rome, and that, too, within a period of not quite fifty-three years?”
Are you ready to experience the splendid and brutal period that was the late Hellenistic world? Will you be able, as one of the three leading dynasties, to establish your supremacy over the world of Alexander and his Successors and successfully oppose the wolf-like predatory barbarians from Italy? Or will your hubris, the excessive ambition that draws the wrath of the gods, blind you and doom your dynasty to the dustbin of history? 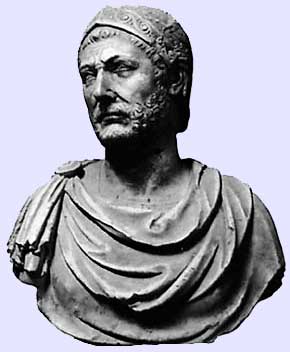 
Hubris – Twilight of the Hellenistic World covers the fifty five years from 220 to 165 BCE, i.e. roughly from the Third Syrian War and its famous battle of Raphia between Antiochos III and Ptolemy IV, to the Third Macedonian War and the battle of Pydna between Perseous of Macedon and the legions of Consul L. Aemilius Paullus, as well as the subsequent bizarre episode of the Circle of Popilius on the beach of Eleusis in Egypt.
Players lead the three leading Hellenistic kingdoms: the Ptolemies, Seleucids, and Macedon, guiding their dynasties through these tumultuous decades. Rome, Pergamon, and other major and minor powers of the age are handled by the game engine, with various degrees of influence possible for the three player kingdoms.
Morgane Gouyon-Rety has developed an original game engine focused on the individuals that drove the destinies of kingdoms in these ancient times, from kings to generals and diplomats. Indeed, at the time, the apparatus of states was typically very limited, and every military, political, and administrative endeavour revolved around the persona of the king and his close entourage, his Philoi (“Friends”), who could be members of the royal family, canny ministers, ambitious courtiers, or mercenary captains.

Rather than a hand of cards, each player kingdom has a Court, with the king and his Friends represented by Leader Cards. Each Leader has from one to three Capabilities with assorted ratings among Campaign, Diplomacy, and Admin and is rated for his Loyalty, Intrigue, and, when earned, Renown. Many Leaders also boast Special Abilities, which range from military bonuses or diplomatic connections to unique actions only available to them.
Although monetary and human resources are essential to the ability of kings to wage wars and prosecute their policies, no action is possible in the game without being entrusted to an able and available Leader, and its success is determined by rolling against their appropriate rating.
Because each Leader is limited in their number of activations each turn and the size of a court is better kept reasonably small to be manageable, players must be able to leverage their Leaders’ abilities and manage their ambitions and foibles in order to further the interests and future of their dynasty. Not only do Leaders have various abilities, they also present challenges in their personal loyalties and ambitions. Send this competent general too often to war, and his Renown may reduce his Loyalty to such a degree that he may consider rebelling against your rule. Pack your Court with too many gifted individuals, and you risk turning it into a hotbed of conflicting intrigue and ambitions of which you may lose control…
Besides the all-important Leaders, kings have at their disposal to fight their wars elite royal armies, expensive siege trains, squadrons of warships, and military colonists, which they can supplement by allying with minor powers or vying for the services of mercenaries, among them the feared Galatians. Strategoi (“Generals”) will wage campaigns, fight battles, besiege enemy cities, subjugate enemy tribes, and plunder enemy territory, winning territories and Renown.
Wars are immensely costly as mercenaries must be paid, war fleets maintained, and supply costs paid, and extended wars will tax your economy and stress the stability of your kingdom to the breaking point. But kings are often tempted to push their luck as once sworn between two kings, a peace is unbreakable as long as both parties are alive…
Thankfully, war is not the only way to advance your agenda, as kings can send diplomatic missions to sway the many cities in the game, or raise additional taxes to finance their war effort or hugely expensive public buildings.
The relationships with most cities and tribes are another critical dimension of the game’s politics. Kingdoms have the option to impose garrisons or prefer a softer approach through alliances, with consequences both in terms of stability and tax revenues. Garrisons are more secure and allow full taxation but are deeply resented by all Greek cities and will at some point represent a potential casus belli with Rome once the Republic positions itself as the guarantor of the freedom of the Greeks…

Although no control nor taxation is to be expected from such diplomatic efforts, kingdoms should be mindful to devote proper attention to the Senate in Rome, as influence there can give them a say in how Rome conducts its military campaigns or may allow them to forestall an impending conflict with the dangerous Republic…
Hubris – Twilight of the Hellenistic World is played in five-year turns. Every turn sees the introduction of new leaders and events, feeding a single deck of events governing the occurrence of recurrent or one-off events, game administration mechanisms, and kingdom activation opportunities and sequence. Covering a vast array of historical and quasi-historical happenings, events capture the activities of non-player powers such as the Greek Leagues, Hannibal’s war in Italy, or specific crises within the kingdoms, presenting players with ever renewed challenges and opportunities. How the players respond to these will greatly impact their success (or lack thereof).
Victory is achieved by controlling territorial objectives specific to each kingdom, accumulating dynastic achievements, and building the renown of one’s king. The ultimate objective is to reach the Automatic Victory threshold at the end of a turn, marking the winner as having established final hegemony over the Hellenistic world and being strong enough to successfully oppose Rome’s expansion in the East. But beware! A kingdom may also be eliminated if repeatedly defeated by Roman armies.
The game offers a variety of scenarios ranging from introductory one-turn scenarios, through short and medium-length 3- and 6-turn scenarios, to the full campaign spanning the entirety of the period through 11 glorious turns. A typical game turn lasts between 30 and 60 minutes, depending on the intensity of conflict. Most scenarios are designed to be played with three players, but the game also offers 2-player rules and great solo playability thanks to having no hidden information and coming with extensive priorities and guidelines player aids for non-played kingdoms.
Components