The Barracks Emperors is a strategy card game set against the backdrop of the Roman Crisis of the Third Century, during which at least 45 different men made a claim to the throne of the Roman Empire.  In this game, 1-4 players represent prominent political factions attempting to gain control over the men who would be Emperors of Rome.  Players deploy the influence available to them (represented by the cards in their hands) to claim imperial reigns (represented by the historical Emperor cards arrayed on the board.)   But they must be very careful, because politics is a complex game, and sometimes attempting to exert your influence necessitates aiding someone else in their own plots.  Play your cards cleverly to capture Emperors and score the most points to win.

At its heart, The Barracks Emperors is a trick-taking game, but not one like you’ve ever seen before. In this innovative design, all 13 tricks are available for play simultaneously, in an interlocking grid that forces you to balance the value of every card you play against the value that same card may have for another player on a different trick.  Plus, every card grants you an additional special ability that you might be able to use to spring a surprise on your unwitting opponents. 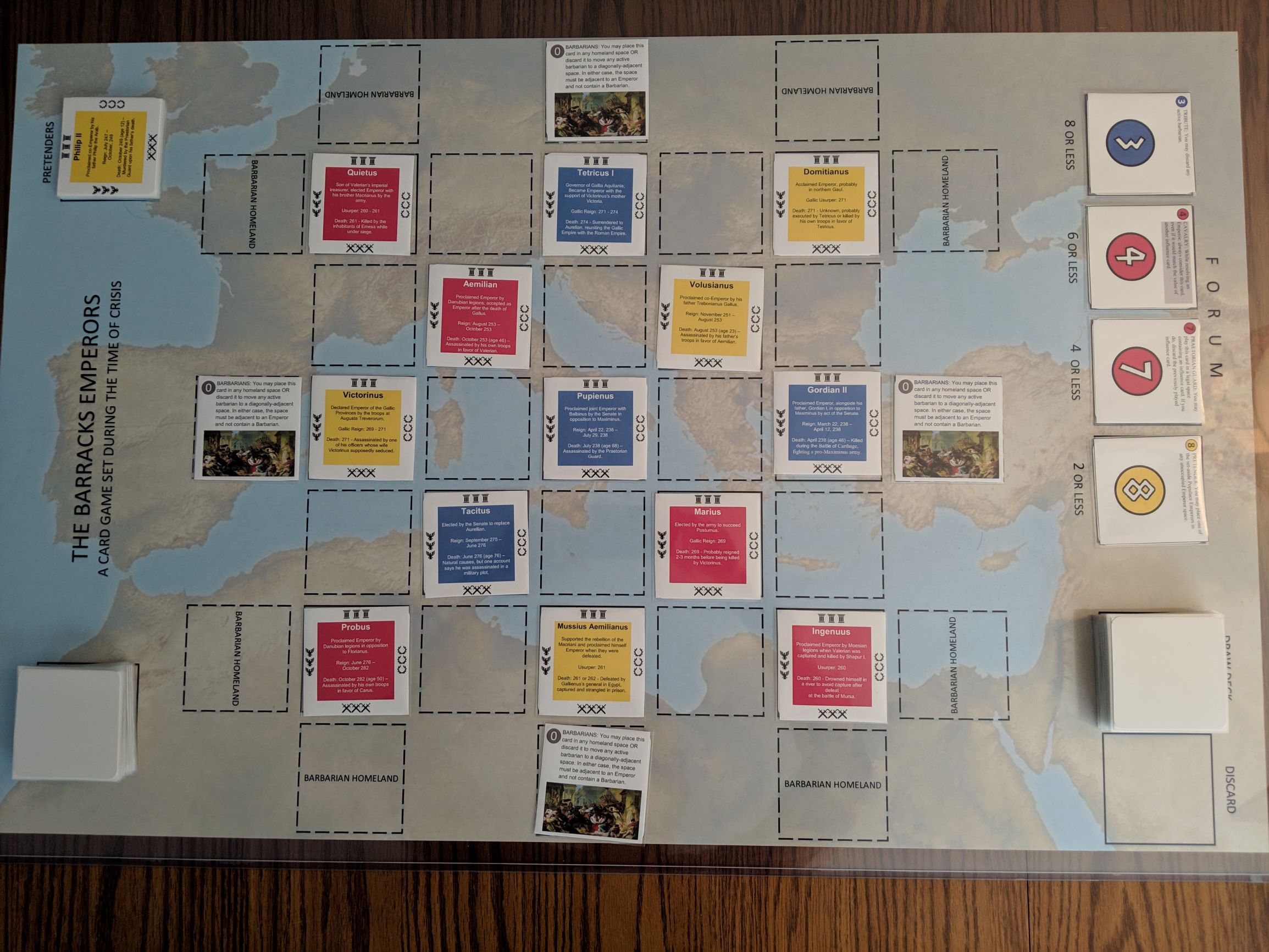 If you are a fan of Battle Line, which gave you a new way to appreciate Three-Card Poker, you will love The Barracks Emperors for taking games like Spades or Bridge to the next level, with a historical conflict flair. Features: